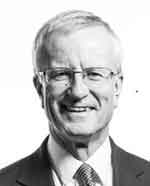 David has 35 years executive management experience plus 10 years as a non-executive director and business advisor.

After graduating from London University in 1973, he spent 20 years with United Biscuits, where he was latterly manufacturing and supply chain director of Ross Young’s and then managing director of KP Snacks.

In 1993 he joined the board of Associated British Foods as chief executive of Allied Bakeries, where he prioritised the growth of Kingsmill as a leading brand in the bakery market.

In 1999 he was appointed chief executive of TDG plc, which he developed into a specialised logistics business before its sale to a financial purchaser in 2008.

Since then he has developed a variety of business interests. He was the senior independent director of Carillion plc between 2004-2011, Phoenix IT and Mouchel. He has also served as a non executive director at St Modwen, Kewill and Victoria Carpets.

He is currently the senior independent director at John Menzies plc (the aviation and distribution services business) and has recently been appointed as a non- executive director of Speedy Hire plc (the leading equipment hire provider).

In the private equity sector he has been chairman of the Options Group and Deritend, currently at Neatcrown.

He is an associate of Duke CE and has supported projects with clients both in the UK and internationally, including Enterprise Ireland, Balfour Beatty, Aircel, Roche and Google.

In 2010 he formed the Oakwood Partnership which provides advisory and coaching services to senior executive teams. The business specialises in strategy, the alignment of business and operating models, performance improvement, process development and leadership coaching. In this capacity he has facilitated growth strategy projects for clients such as Barclays Ventures, Kewill Plc and a number of privately owned businesses.

He has been responsible for both new investments in, and sales of, a significant number of businesses across a wide range of sectors, as well managing the strategic and operational development of these businesses from an investor perspective in between these two points.

Latterly at Barclays Ventures, he sold 16 businesses for a combined enterprise value of £600 million, generating £100 million of equity profit and recovering £200 million of debt for the bank. This was achieved by focusing on strategic development and positioning (and supporting the associated implementation plans), assisting management to align all stakeholders and overseeing the whole exit process from preparation through to completion. One of the keys to this is a focus upon working closely with management teams to deliver the operational and cultural change required to maximise the strategic value of a business. 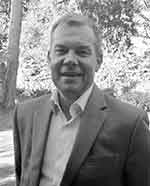 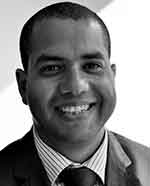 Benjamin has 15 years business experience across a range of disciplines. After graduating from the University of Exeter with a degree in Mathematics and Physics he has worked in a number of commercial and operational management positions including as Business Development Manager for a boutique consultancy.

Having gained diploma in accounting Benjamin has run his own business for 7 year providing consultancy to small and medium enterprises in effective management of finance, analytical elements of commercial performance and driving business growth.

Benjamin brings to the team a breadth of skill and experience including commercial acumen, financial reporting and analysis, financial forecasting, modelling and budgeting, development of sales in B2B and B2C markets, business development and pipeline management, creation of business plans and employee recruitment, management and development.

James has over 20 years business experience across a range of disciplines including sales, marketing, operations, supply chain, leadership and strategy. He has worked for organisations such as Associated British Foods, CHEP (part of Brambles), Nielsen and Coeliac UK.

Since joining The Oakwood Partnership, James’ main focus has been supporting and enhancing the areas of business development, acquisition and investment. 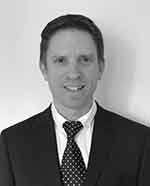 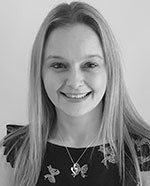 Jaynie has eight years’ experience in marketing and business development predominantly within the services industry.

Jaynie graduated from Bucks University with a degree in Business Studies with Marketing.

Responsibilities at Oakwood include market and product research, Independent employee and customer interviews, and contribution to strategy creation and added value initiatives.